Founded by San Benedetto in 529 it was, during the Middle Ages, an important center for the spread of monasticism in Europe. It has undergone various destructions and reconstructions over time, ultimately the destruction during World War II in 1944. The reconstruction, which began at the end of the war, yielded an exact reproduction of the destroyed architecture. The crypt of the Church houses the relics of Saint Benedict. 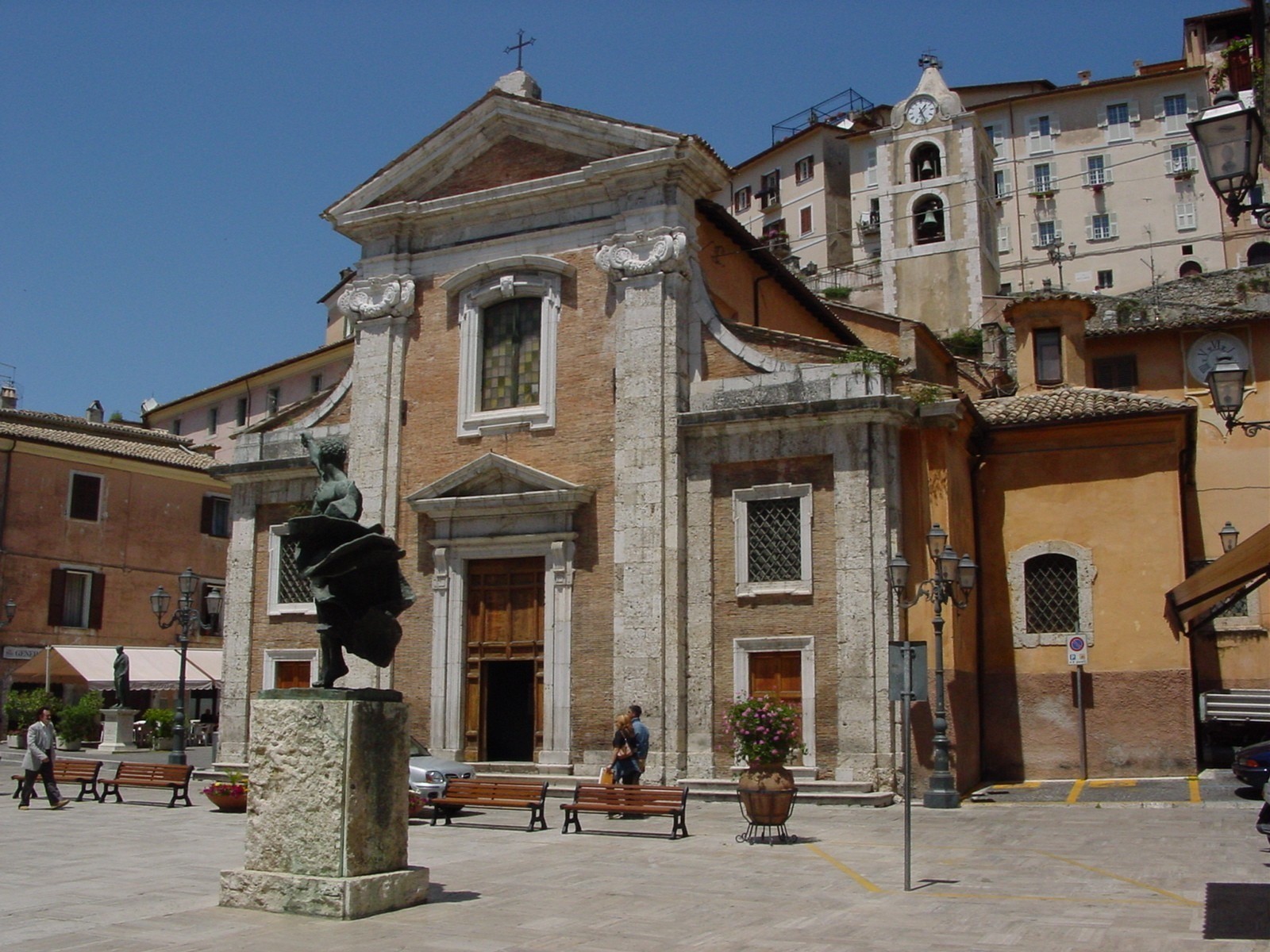 The church of S. Michele Arcangelo, built in the area of ​​a pagan temple dedicated to Apollo and the nine Muses. The interior, baroque, has a Latin cross plan with three naves with side chapels and cross vaults. S. Michele is the custodian of numerous prestigious works. Upon entering, we see on the main altar the great painting of the Knight of Arpino depicting the Archangel Michael victorious on Lucifer and on the vault of the apse the majestic figure of the Eternal Father. 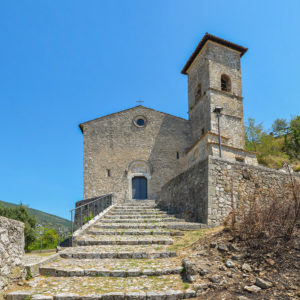 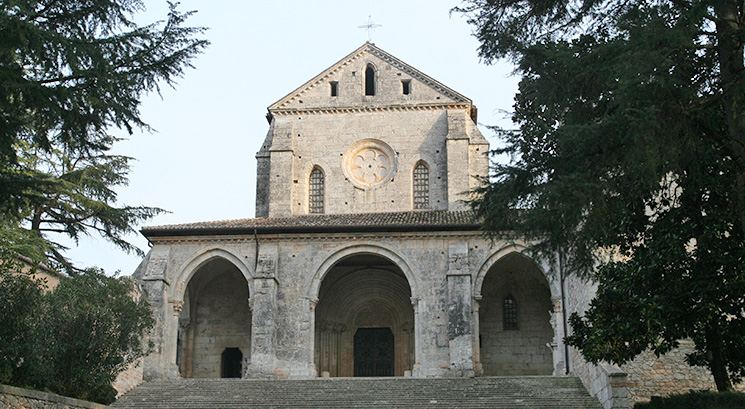 The Abbey of Casamari, built by some monks of Veroli around 1036, together with that of Fossanova, where St. Thomas Aquinas died in 1274, is, in the history of architecture, a stylistic cornerstone of Gothic-Cistercian forms in Italy . Around the beautiful Cloister, various buildings wind, of which the largest is the church with three naves. The places of non-worship are also beautiful: the Museum, the Refectory and the library with ancient volumes. 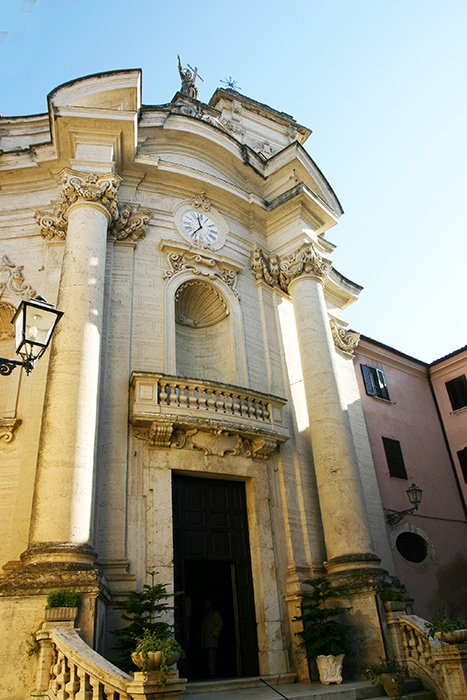 On the site where today stands the Church of S. Maria di Civita, once stood a pagan temple, dedicated to Mercury Lanario, protector of wool processing, which was the main activity of the Roman center of the Civitas Falconara. A follonic tower, which later became the base of today’s bell tower, and a plaque found in the floor of the sacred enclosure attest this continuity. The plaque, now walled up on the facade of the Church, states: “R.UM-SACRUM-TRI-MERCURIO-LAN-CILIX-TULLI-L.S.-TEPA-PRAECIAE-S-PHILOTIMUS-PERFIC.”

The chapel of the Crowned Virgin, whose walls are covered with marble. It houses the wooden statue of the Assumption, sculpted in the round in a cedar trunk of Lebanon. 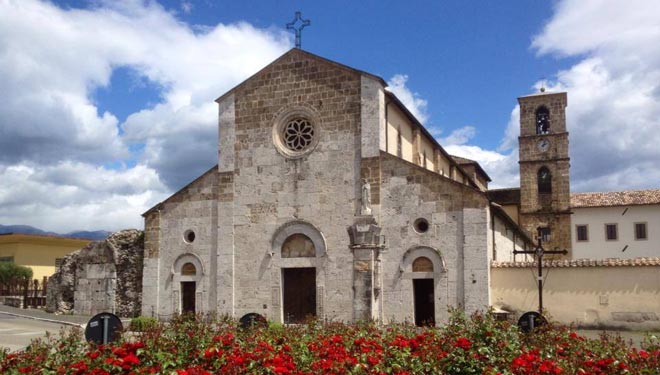 THE ABBEY OF SAN DOMENICO (Km 9)

The Abbey of San Domenico, founded by the Saint of Foligno in 1011 in Romanesque style, rebuilt in Cistercian form around 1250, was completely rebuilt after the earthquake of 1915.
Of particular interest is the main portal of the Church, decorated with an archivolt from the villa of Cicero and the crypt of primitive beauty that preserves the body of the holy founder.

THE CERTOSA OF TRISULT (Km 40)

Cistercian monastic complex, surrounded by greenery in the woods at the foot of Mount Rotonaria, founded by Innocent III in 1204. The ancient Pharmacy of the Herbs in 1600, the Palace of Innocent III and the Church of San Bartolomeo are splendid. 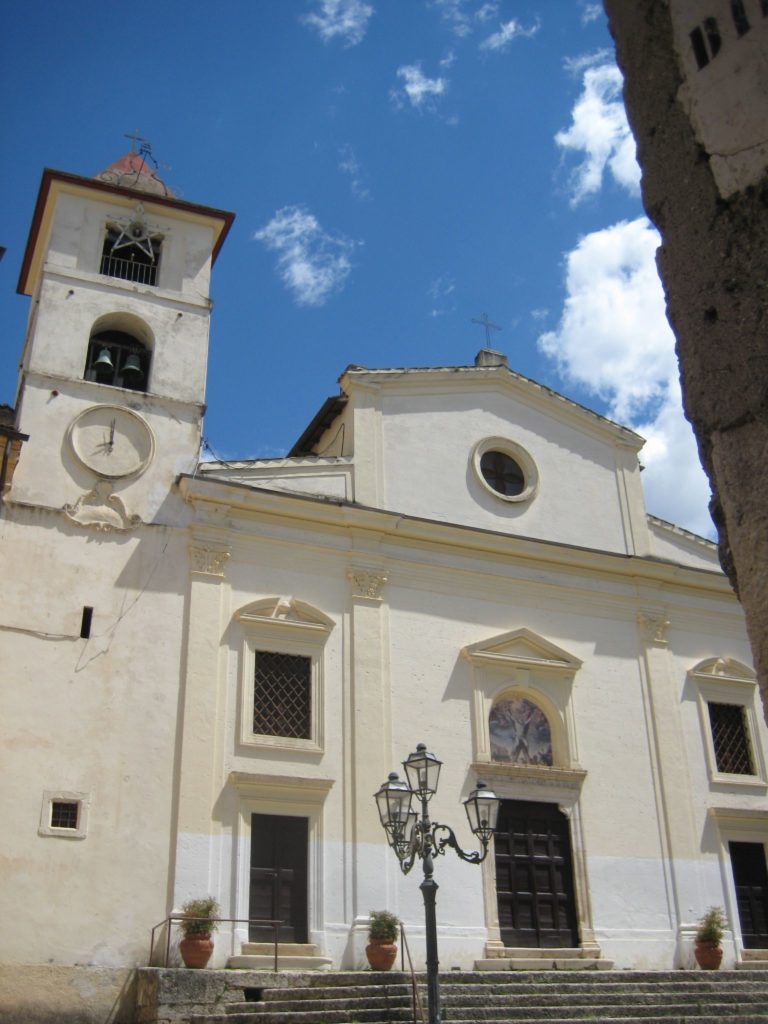 In the church there are the works of the Cavalier d´Arpino depicting the two patron saints: San Benedetto and Sant’Andrea. It should be noted that the face of the Sant’Andrea is identical to that painted by the same author in the fresco of the Ascension in the Borghese Chapel in S. Giovanni in Laterano.

Behind the grates, which overlook the church, the cloistered nuns of the adjoining convent assist and sometimes participate with choirs in religious services and, right there.

Beyond the gratings, there are the eighteenth-century papier-mâché statue of the Madonna of Loreto, declared protector of Arpino since 1802, and the wooden “machine” of the Stolz, depicting the House of Nazareth, carried by the Angels. At the front we read: “Facta est. Domi Pesci 1756. Michele Stolz “.

Adjacent to the homonymous church of S. Andrea, with which there were always religious and interests relations, stands the ancient cloistered monastery of the Benedictines. Of it we have certain news in a deed signed by the abbess Odda and her sisters, dating back to 1249. But the tradition wants it, actually, founded in the VI century. from S. Scolastica, sister of San Benedetto.