ACROSS VILLAGES AND CASTLES 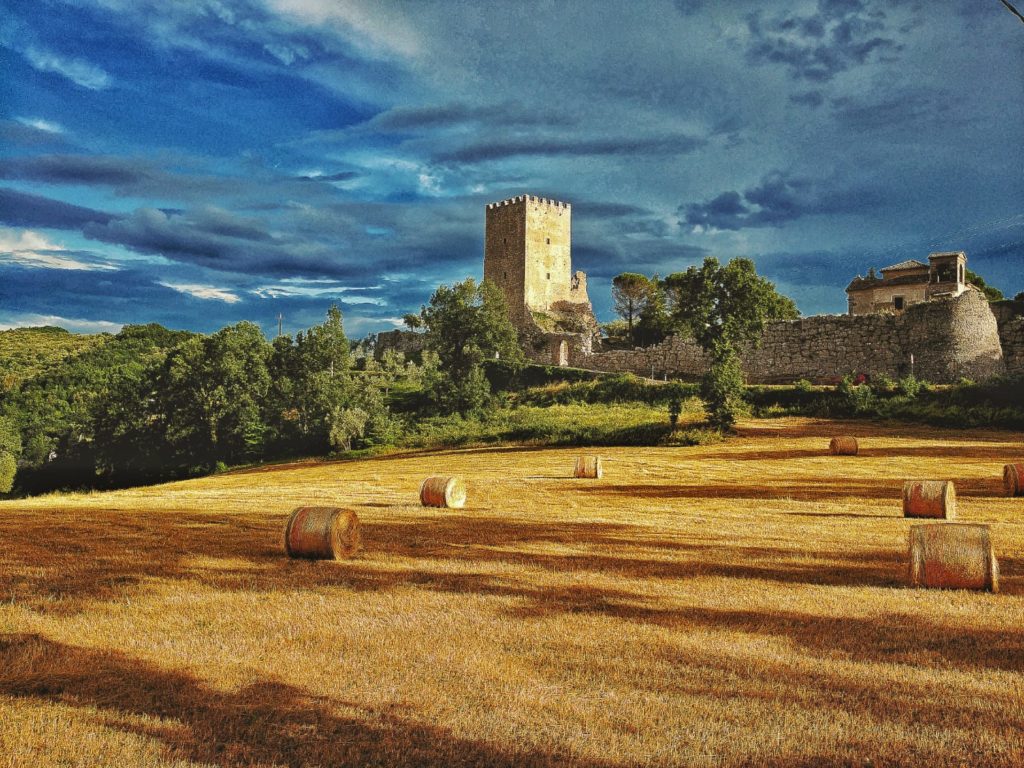 We have no architectural or historical evidence of the Roman period in Civita Vecchia, but an ancient belief wants to link it to the great Arpinate.

Perhaps the tradition handed down to us by Plutarch and Silio Italico that Cicero descended from the king volsco Tullio Attio, suggested that right there, in the primitive settlement, was the origin of the Tulli.

Civitas Ciceroniana was mentioned in the land registry of Arpino from 1581: “Torre di Cicerone” is called the Medieval Tower of the place; but above all it was wanted to believe that in Civitavecchia it was the house of the ancestors of Cicero, inherited then from the brother Quinto.

In fact, however, there are no traces of Cicero’s house, if not recent constructions, a wall that oral tradition called “Cicero” and a paved path called “Via Cicera”. 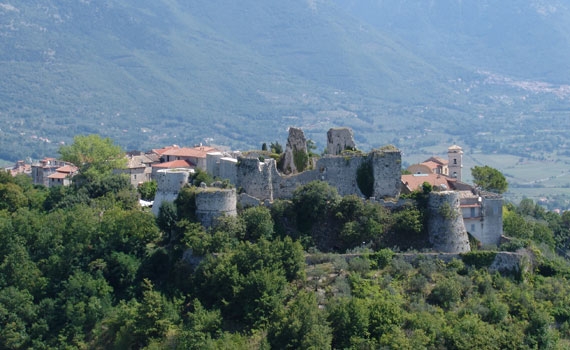 Ancient medieval village with the Ducal Palace built around 1500. Very interesting is the visit to the “ghost town Cortignale Village, an agglomeration uninhabited for over 400 years. 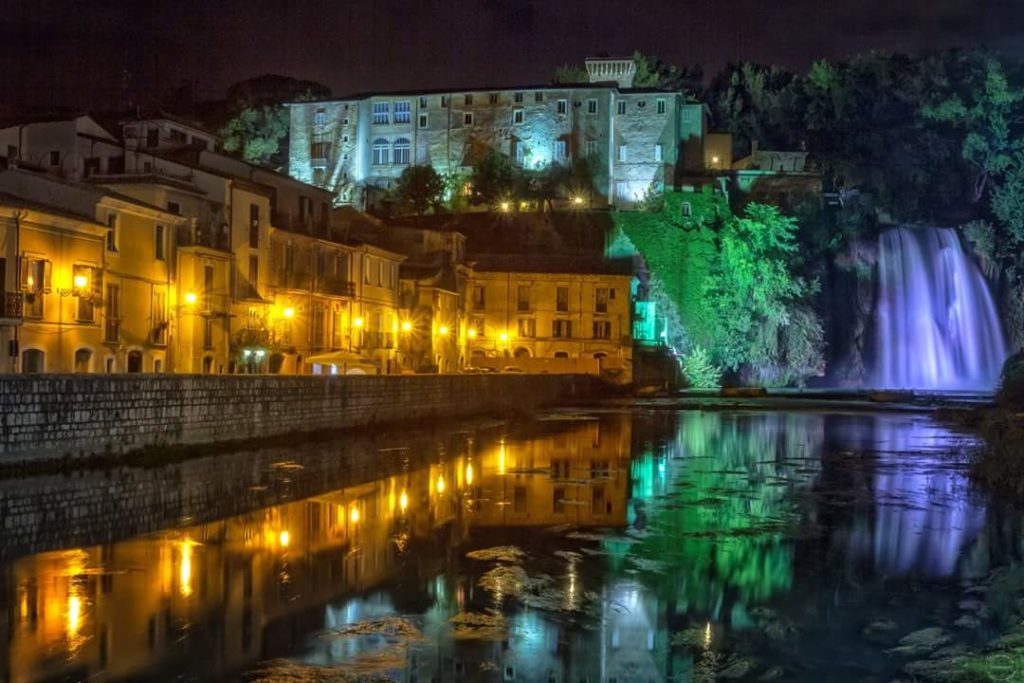 The Castle of Isola del Liri, today a national monument, is one of the most impressive and best preserved architectural complexes in the whole Province of Frosinone.
It stands on a boulder of travertine which, by blocking the course of the river Liri, forces it to divide into two branches and form the famous waterfalls, the most famous Vertical Waterfall to the south and the no less suggestive Cascata del Valcatoio or Cascatelle to the west; both 27 meters high and having the particularity of being the only ones in the world to fall into a town. 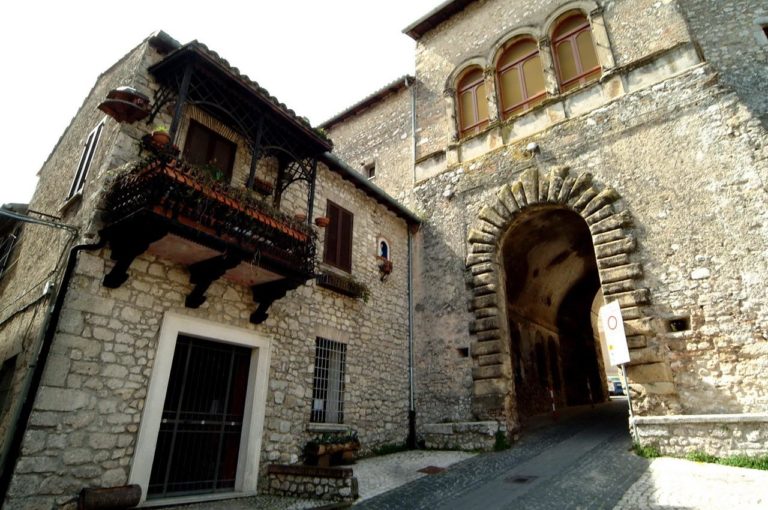 Medieval village surrounded by a wall of 18 towers inside which there is the Church of San Pietro Ispano with the Simoncelli chapel which houses the mosaic “L’Angelo” by Giotto, the statues of San Pietro and San Paolo and various Renaissance palaces. 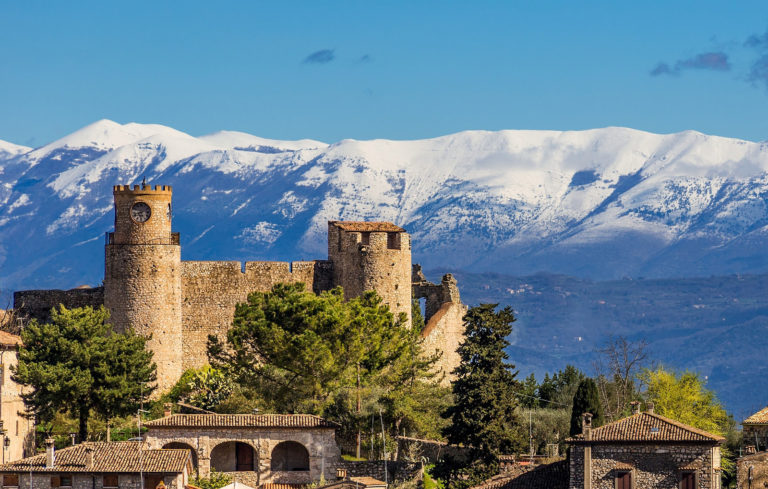 The XI century Castle Located on the top of a hill overlooking the center, it controlled the passage between the Ancient Via Latina and Via Appia. 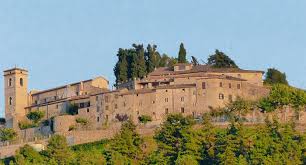 Ancient Rocca with a charming medieval village. In the Middle Ages it was used as a state prison where the Dante’s pope of the “great refusal” Celestino V was locked up. To this day it also preserves the story of the ghost of the lady of the castle who, on some nights, wanders the spaces looking for the small children. 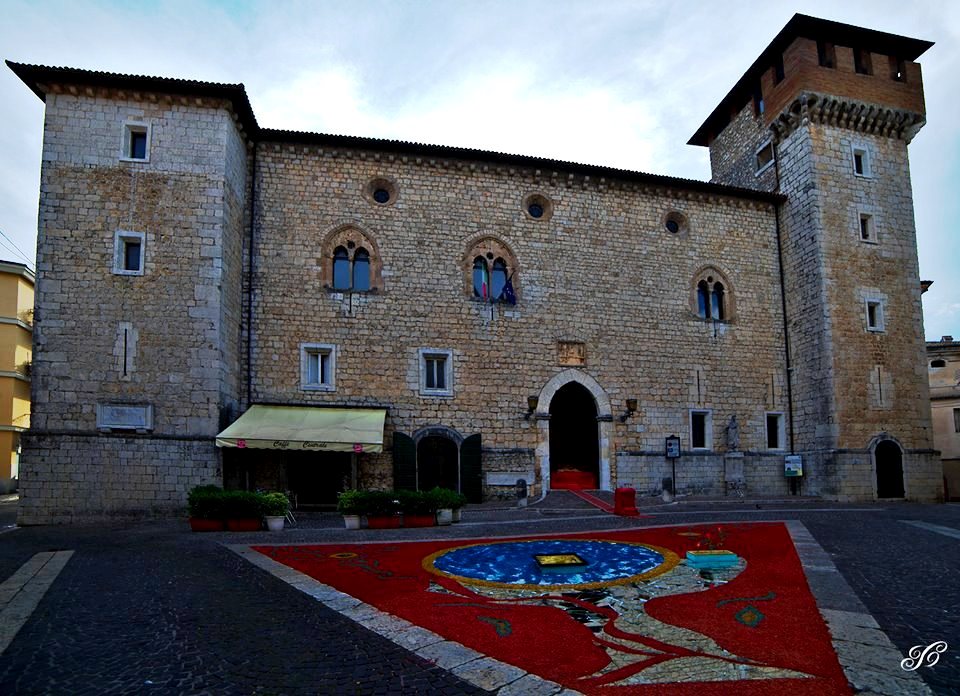 Atina was a powerful city of the Volsci and was part of the Samnite League against Rome. He gave birth to Munatius Plancus, Consul of Rome and founder of the city of Lyon in France. There are remains of the polygonal walls. Of particular interest is the Palazzo Ducale from the 1300 s. 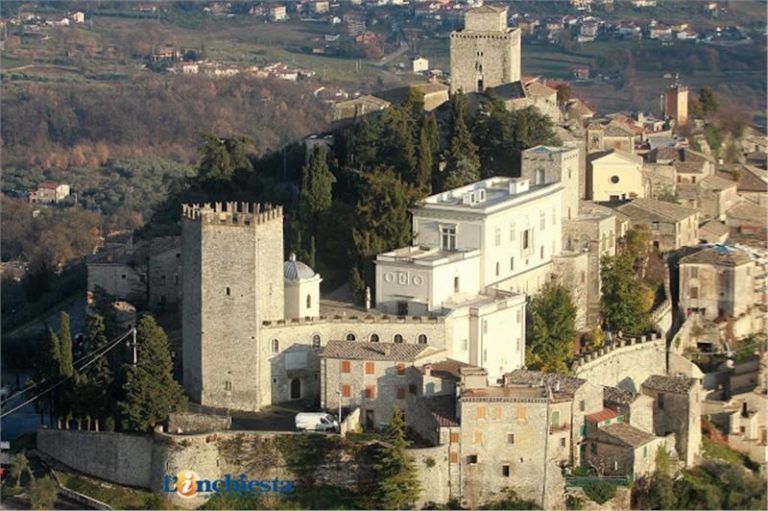 At the top of the historic center, the ducal castle of the Counts of Aquino stands out, where St. Thomas was imprisoned.